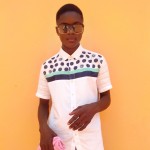 Doing good to people implies that you respect them. There are so many benefits you will get when you regard all kinds of people and give them the necessary respect they need.

Let’s consider this story about how a little boy helped a beggar and a deer and what happened next.

Helping Others – Always Do Good

Once there was a small boy named Shankar, he belongs to a poor family. One day he was crossing through the forest carrying some woods. He saw an old man who was very hungry. Shankar wanted to give him some food, but he didn’t have any food for his own. So he continued on his way.

On his way he came saw a deer who was very thirsty. He wanted to give him some water but he didn’t have water for himself. So he went on his way ahead.

However, one day Shankar felt down the hill. He was in soon and could not move and no one was there to help him. But the old man who he had helped before saw him, he quickly run and pulled him up the hill. He had many wounds on his legs. The deer whom Shankar had given water saw his wounds and quickly went to the forest and brought him some herbs. After some time, his wounds were covered.

All were happy that they were able to help each other.

In times of need, you will want someone to come to your assistance. For that matter always do good to people and they will also do good to you in return. Even when you do not get the return from who you demonstrated love to, it will still follow you.

Spread the love with friends

Mind the people around

Your Best Friend Can Become Your Worst Enemy; Do not trust a friend

Mind the people around

Your Best Friend Can Become Your Worst Enemy; Do not trust a friend

How To Truly Achieve Your Dreams; Change Dreams Into Realities

Quotes That Will Motivate You To Achieve Your Dreams